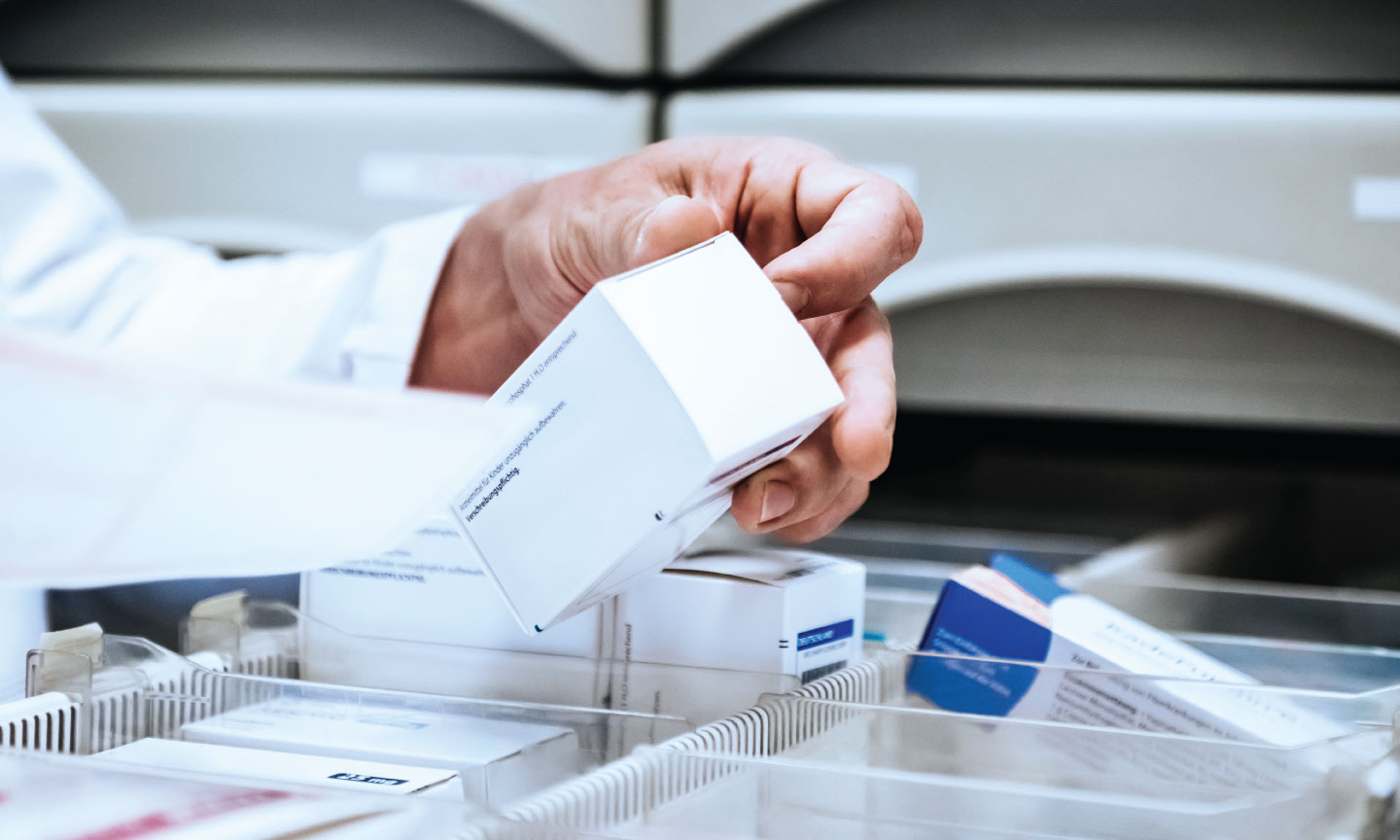 The key to any audit is being prepared. With HRSA now doing virtual 340B audits, preparation will include new procedures and processes. Cervey’s Vice President of 340B Solutions Larry Crowder and Pharmacy Director of White River Medical Center, Maggie Williams dive into what it takes to be prepared for the new virtual 340B audits by HRSA in part 3 of Webinar Rewind: Understand and Prepare for a Virtual HRSA Audit.

Missed the earlier Webinar Rewinds for “Understand and Prepare for a Virtual HRSA Audit?” Catch them here:

Registration and documentation review is something I tell everyone, as soon as they get the audit letter, the first thing I say to customers is, this is where most of the things are found. This is where most of the compliance issues are found. It's in your HRSA registration, there's an address that's incorrect, or there's a new location that has not been added to a pharmacy contract. These are the types of things that get caught most often. And so, what they do is they come in and they review the 340B Universe. And like we discussed before they used to walk around the facilities. Now they don't do that. It's just virtual right now. So that's really nice that it's just virtual, they're not walking around your facilities, but this is where they really start catching things.

I mentioned the contracts with the contract pharmacies. If you have, for instance, a retail chain, like a Walmart, and you've added on a new contract pharmacy location, they're going to make sure that either the main contract or one of the amendments to the contract has that new location on it. So, you want to make sure that you have those contracts ready to upload and show that all your contract pharmacies have a contract in place. And they do validate that the date the contract was signed was prior to the registration date. So, they do validate that. The last thing on the Medicaid, the MPI and the MTM member, they're going to check and see that those numbers are listed correctly on the OPSB database, if you're carving in.

One of the points that I wanted to make here is they only want to see the number that you're actually billing with, including all your child sites. So, if you're only billing with an MPI number, don't list the MPN number on that, because I think it gets more complicated. They start looking for ways in your data to match both of those things together. When in reality, you already had the MPI number in there showing them the data, and it's easy to show them. Maggie, what was that process like when they were looking at your Medicaid?

On our sample list, every sample patient report, she wanted to look at the insurance. So, we had to pull a look at all the insurance and all the ones that had Medicaid. We pulled the actual claim and that was uploaded. And she did look at the NPI that was being built. And so, luckily we're kind of in the middle of Arkansas. So all we have is Arkansas Medicaid that we bill we did not have any out of state, but if you're on the border and if you have other out-of-state Medicaid, that's another important thing. When you're doing your mock sample list, check your insurance and make sure you're not getting caught off guard that one of those happens to be a Medicaid you didn't report on your HRSA database. 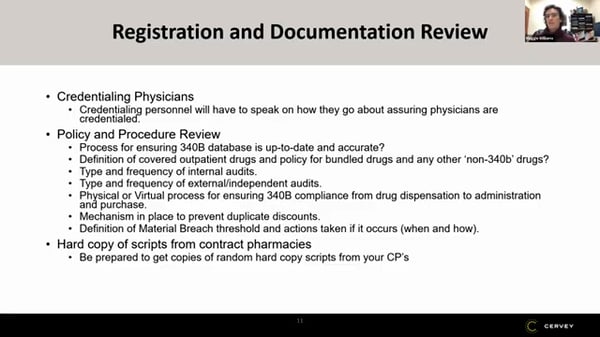 Credentialing physicians is really important and you want the person there who actually does keep track of the credentialed physicians. They look at that and they're going to look at the physicians that have come across your file. And my understanding is today, they're not just looking at the 28 claims they choose, they take the data that you send them that six months of data, and they call out all the unique physicians that came across that file and they're going to compare that to the credentialing list. Was that your experience, Maggie? Did they look at all your physicians?

She didn't say exactly what she did, but she did call out a physician that should not have been in our clinic 340B Universe. She asked specifically about this file, it was actually an APRN. And when she told me that physician's name, I was like that shouldn't have been in there. And so, I had to explain how I created the 340B Universe for the clinics. And when she found out it was a manual process I actually overlooked a clinic that I shouldn't have included. I included a clinic that's not 340B. So, she found that one physician that got included that was not on our list that wasn't supposed to be. And so I don't know how she found it, but they look at that very closely.

And I would say the physician list, it sounds easy, it's not, we submitted, I think two revised physician lists over that month, I guess those four week periods because we initially sent our physician lists that we had it. We realized we had forgotten the CRNA and surgery because that showed up on our sample list. And then we found another thing when we were going through our sample list, we have a dentist who comes onsite maybe once a month and does surgeries and somehow that got pulled as a sample patient as well. And that got left off the physician list because we include all physicians that have privileges at the hospital. So, when I asked for that list from the credentialing person, she just pulled MDs and DOs and did not pull all the prescribers. So how you work and get this list is very important.

It's very important that you go through an audit yourself. We actually have two physician lists. We have a mixed use list, which are all physicians who have credentials at the hospital. So, anybody who is an outpatient status in the hospital qualifies as 340B. And then we have a contract pharmacy list because once the patient leaves this facility and gets their prescription filled at a contract pharmacy, that list is very narrow, mainly to prevent diversion. We actually have two different provider lists for our facility. We explained that process to her as well.

Follow us to stay tuned for part 4 of the Webinar Rewind series for “Understand and Prepare for the Virtual HRSA Audit Experience” here:

Make 340B program audits, virtual or in-person, easier on you and your team with Cervey’s suite of  340B suite of web-based products. Contact us today for a free demo.

Looking for the rest of the webinar series? Check out parts 1-2 and 4-6 below:

Organizations across the globe had to pivot operations to account for changes resulting from the...
Read More

With the COVID-19 pandemic still maintaining its hold on the United States, the virtual HRSA 340B...
Read More